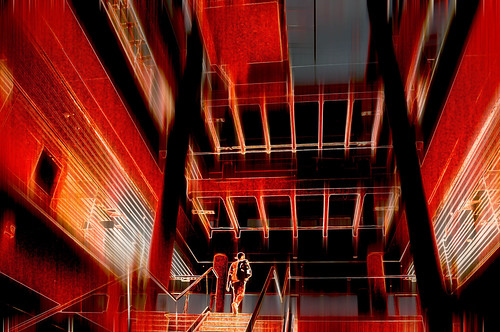 If you’re a Crystal Palace supporter, you can be forgiven for not knowing what you are going to get.

First, Roy Hodgson retires. Then you think you might get Nuno Espirito Santo. When that falls down, you are pretty sure it’s going to be Lucien Favre, the former Borussia Dortmund manager. Even the club are certain it will happen. Only, at the final moment, it doesn’t.

Suddenly, Patrick Vieira is the man in charge.

A legend on the pitch but still learning in the dugout. The biggest test of managerial career, following roles at Manchester City’s academy, New York City and Nice. His last job at the French club ended after two-and-a-half years with his team 11th in Ligue 1.

A gamble, no doubt.

With Hodgson, you knew what you would get. pragmatic play, not much flair, but safety. With Vieira, it’s not quite as clear.

From those who have worked with him and under him they speak of a man with high standards.

You don’t achieve what he has in the game without them. Someone with strong beliefs of how his teams should play: out from the back, dominant, winning it back quickly.

They talk of a studious, hungry manager. A sponge. One who observes other coaches, tries to soak up the aspects of their game that make them successful.

‘Pep is a guy he admires but is not the only one,’ Christian Lattanzio, Vieira’s assistant at Man City, New York City and Nice tells The Mail on Sunday.

‘He doesn’t have a coach who is his idol. Patrick is not a clone. He has his own way of looking at football. He likes to see what people do to have success and why and see whether they can fit into how his teams play.’

There are few who know Vieira’s methods better than Lattanzio.

He’s been his right-hand man all the way through. Lattanzio saw Vieira finish his playing career at Man City, who then took a sabbatical as a club ambassador before deciding for sure it was coaching he wanted to pursue.

Well, Patrick has got many tricks.’

One of them is a belief in giving those around him a voice. No ego. At Man City, Vieira made sure he learned all the names of his players before he started coaching them. He’s spoken of how important it is to feel close to his squad.

‘You think about what he’s done in his career, all the things he’s done, and he still had time for every person,” George Swan, who played under Vieira at City, told the Athletic.

He’s a man of principle, encouraging his players to walk off the pitch in 2014 when teenager Seko Fofana was racially abused.

At half-time during a game in the 2018-19 season, he told his players at half-time: ‘If I could, I would substitute you all apart from three of you. I don’t give a shit about the score.’

He brought in a stricter fines system at Man City’s academy.

A week-and-a-half wages for fighting in training, others for being late or wearing the wrong tracksuit or trainers.

‘He was very demanding but in a good way with them,’ says Lattanzio. ‘Now, Angelico is right-back for Leipzig. Jason Denayer is doing well at Lyon, Brahim Dias at AC Milan. Many players who played under him made the grade.

It is not easy to do that. It’s true that we had youngsters with talent but it’s also true that you need to give them something more. Patrick was great at that.’

‘The Palace players can can expect a guy that is very committed, very studious.

‘They can expect a lot of care, became he is a guy who gives you that. He has good manners with players.

He can be hard, of course, but he is fair. He has played at the highest level so he knows what it takes.

‘If he asks for something, he asks for a reason. But he’s also a guy who you can speak to. He always keeps his door open. He can put an arm around the players.

I think they will enjoy working under him.’

Yet Vieira knows that he still has much to learn. In a way, he’s seen all his previous jobs as ways of developing himself for this.

‘Going to New York and Nice allowed me to try things, to be more clear about things and the system I want to use and what I want from the players in that system,’ said Vieira in an interview with BeIn Sports last year.

‘I have a big picture about how I want to play the game and how I am as a coach.’

It is interesting he says that.

It was Vieira’s continually shifting set-up that went a way to costing him his job at Nice. ‘The coach hasn’t yet found the formula to get the best performance possible,’ said midfielder Wylan Cyprien after a 4-0 defeat to Dijon in August 2018. Less than a year later, goalkeeper Walter Benitez said that ‘the overall idea of the coach is not to lose the ball too quickly, to keep it, to play and to have possession.’

The hope, for Palace fans at least, is that he’s found clarity.

The job at hand, though, is one of seismic change.

He must instil his philosophy into a Palace side used to pragmatism under Hodgson. When it comes to the Premier League, time to build is rarely in generous supply.

Vieira’s got the attackers for it in Wilfried Zaha and the injured Eberechi Eze but has to find a way to link them.

The hope is that Conor Gallagher, on loan from Chelsea, and Michael Olise from Reading will help that. That Zaha scored twice in Palace’s 3-1 friendly win over Watford will provide a healthy dose of optimism.

Christian Benteke, who also netted against the Hornets, recently told of his excitement of working under Vieira: ‘He explained to me his ID, how he wants us to play as a team, and it’s quite exciting, because as a forward, when your manager wants to be front foot, and to create chances, that’s what you want to hear.’

The season kicks off next week.

We will soon see if Palace’s gamble pays off.

‘I think Palace will play attractive, progressive football,’ says Lattanzio. ‘They will be one of the clubs to watch. I am pretty confident. Patrick has a good staff around him, has a good sporting director in Dougie Freedman and their chairman is passionate.

All the ingredients are there to bring a lot of enthusiasm to Selhurst Park.’